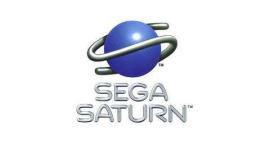 Purchased in the summer of 2013 from a chap that used to work with Sega and he had this from the day it was launched - In absoloute fantastic condition but i had to pay handsomely for it (I'm not telling!)

I have never ever seen one of these before so had to get this! A very nice unit which has the console sitting very securely under a locked case.

The back panel lights up the Sega Saturn logo - the top logo does not light up.

Has a very handy bottom unit which has shelves so great for storing Accessories, Steering Wheels, Guns, Magazines etc

This has one controller connected to the unit - i have to admit this is an absoloute nightmare to change and had to give up as just cant get the cable out from underneath.

Have added a modded Saturn - so works with US, Jap & PAL regions just by pressing the reset buttons a few times 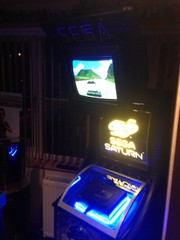 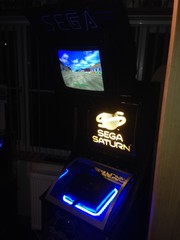 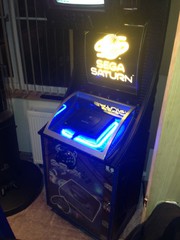 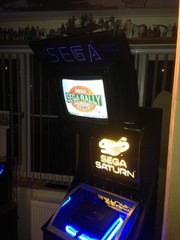 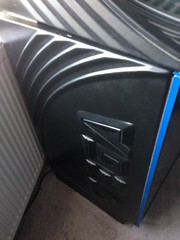 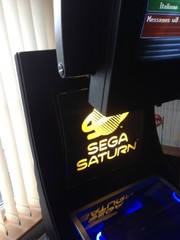 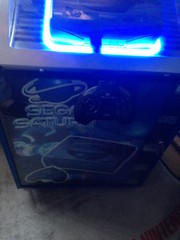 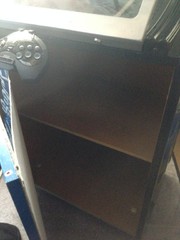 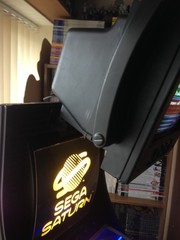 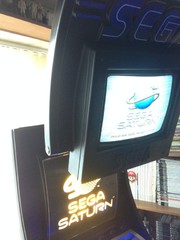 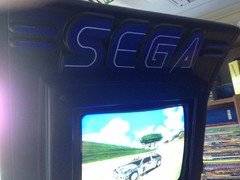 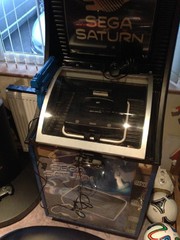 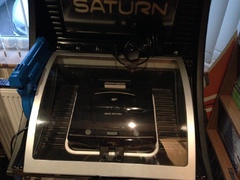