Now this little beauty was a hard one to find - infact i actually bought this in diffrent parts over a couple of years period. I bought the base unit with the dummy console and light about 2 years ago and it just sat in storage until July this year i managed to find the top part of the console - minus the TV though, but with a bit of research managed to find a matching Sony Bravia TV which i reckon goes very nicely with this unit.

Underneath the dummy console is a compartment that houses the actual console - In these pictures i have displayed the rather fancy PS3 test console, but its not use for playing games so have replaced it with a standard PS3 which is perfect! The main flaw i see with this part of the unit is that the consoles seem to overheat rather quickly in this compartment so don't think i would recomend marathon game sessions with this closed shut - even with a fan fitted it still gets pretty hot!

The controllers are fixed to arms and are constantly being charged

Dummy console is shown as appearing to float with a lovely red light underneath - the top light compliments this very well with its similar red beam! 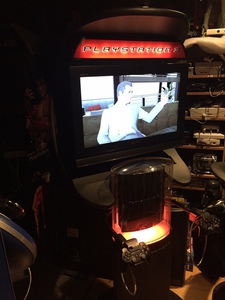 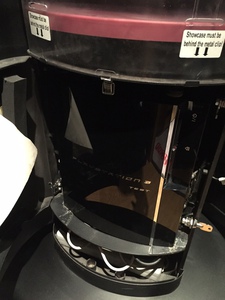 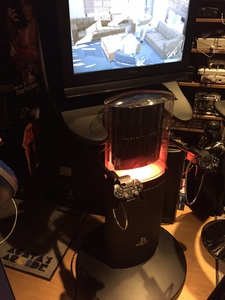 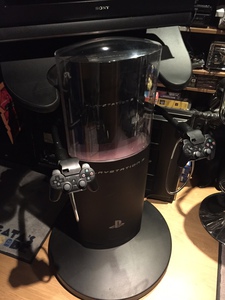